Commercial tenants are often financially responsible for their share of a property’s operating expenses, which can be a sizeable portion of their total lease obligation. Accurately calculating the tenant’s share entails a thorough understanding of each of the components of expense reconciliation, as well as the mechanics of the calculation. As with many sections of commercial leases, there can be negotiation in these areas, which adds complexity when preparing or reviewing annual reconciliation statements. Always check your lease to see what applies to your specific situation. Let’s explore the components and mechanics of expense reconciliation.

Background
Tenants lease and use space in a commercial property, for which they pay base rent to their landlord. However, the landlord also provides other services to all tenants, such as property repairs and maintenance, cleaning, security, utilities, and other items. The costs for providing these services are called operating expenses or common area maintenance expenses, depending on the lease. The practice of allocating these expenses to a building’s tenants is called expense reconciliation.

For tenants who are obligated to pay their share of the property’s operating expenses, the landlord will typically prepare the building’s operating budget and present the tenants with a calculation of their share of those expenses. In most cases the tenants pay their estimated share of the operating budget evenly throughout the year. The landlord then reconciles the property’s actual expenses to the budget, either billing or crediting tenants for their share of the difference. This reconciliation can occur at various intervals. The most common interval is annually, but reconciliation can be done semi-annually, quarterly, or even monthly.

Operating Expenses
‘Operating Expenses’ is usually a defined term in a lease. The lease will describe, in detail, what is included and excluded in the total amount that can be charged back to a tenant. There will typically be a broad definition of what is included, followed by specific items that are either included or excluded from this group. Our previous Thought Leadership article covers operating expenses in detail.

Gross up adjustments are frequently debated during lease audits. Discussions over how occupancy is calculated and fixed versus variable allocations of expenses can be very lively. A comprehensive understanding of building operations, property accounting, leasing issues, and industry standard practices contribute to one’s ability to successfully evaluate gross up methodology and calculation.

Expense Caps
Limiting, or capping, increases in operating expenses can provide a tenant with some measure of insulation against dramatically rising costs. The cap can help a tenant in their budgeting efforts by providing a guideline as to the maximum amount this portion of a lease’s costs may increase. Operating expense caps may be calculated on a property’s total expenses, or on the tenant’s share of those expenses. In general, these two methods will result in the same outcome, but there may be cases where they may yield different results.

Base Years and Stops
The base year expenses are those operating expenses incurred by the landlord during the first lease or calendar year as prescribed by the lease. The theory behind a base year lease is that the landlord is compensated for the increases in expenses associated with providing a consistent level of service at a property. This is important to note – one common lease audit finding is that the level of service provided in a comparison year versus the base year differs, which may indicate the base year requires adjustment. A change in the number of security guards, the number of building engineers, or a shift in a property’s operating hours can all lead to a review of the base year operating expenses when compared to the current year.

A ’stop’ in a commercial lease operates in much the same way as a base year. However, the stop amount is a fixed amount that is stated in a lease, either in total expense dollars or as an amount per square foot. The financial effect of both the base year and the stop are built into the increased base rent rate stated in the tenant’s lease. There is less discussion around the stop amount when it comes to reviewing an operating expense reconciliation since the stop is a stated fixed amount.
Both base year and stop amounts are deductions from a building’s total operating expenses, prior to applying the tenant’s pro rata share. If the current year expenses exceed the base year expenses or the stop, the tenant pays their pro rata share of the excess. If the current year expenses are lower than the base year expenses or the stop, the tenant does not typically receive a credit for the overage, unless specifically stated in the lease.

The lease may give guidance as to how space is measured, citing a standard such as a BOMA (Building Owners and Managers Association) standard, which can differ from simple space measurement methods. There are many resources available that explain how to apply measurement standards to specific building situations. When in doubt, call upon a professional that understands the measurement standard stated in the lease. Measuring per a standard can be different from normal architect measurements and the difference can yield unexpected results.

With a new lease, it is important to have a tenant’s space measured after buildout to verify the tenant’s rentable area and pro rata share. Sometimes, walls are not placed exactly where they appear in construction drawings, which can contribute to discrepancies in the tenant’s rentable area. Combined with potential differences with a lease’s stated measurement standard, the result could be errors in rent and other billed amounts that are based on the amount of space rented by the tenant.

The total area of the building or property containing the leased premises should also be verified. Certification can come from the landlord, and outside sources such as marketing materials, online listings, and tax assessor records can be used to assess whether the amounts used in the pro rata share calculations are reasonable.

Years – Lease Years, Calendar Years, Partial Years
Lease years, calendar years, and partial years all contribute to the accurate calculation of a tenant’s share of operating expenses. For example, the lease may define a base year as the first twelve months of a tenant’s lease, which also matches the definition of a lease year. The landlord, however, may reconcile the property’s operating expenses based on a calendar year. After the end of the first calendar year during the lease term, the tenant should not receive an operating expense statement or reconciliation because the base year hasn’t fully been completed. After the completion of the base year, the tenant should receive a breakdown of the base year expenses which will be used in future reconciliations.

After the end of the second calendar year during the lease term, the tenant in this example will be responsible for their share of expenses for a partial year. The partial year for which the tenant is responsible for the increase in expenses is the portion of the calendar year between the end of the base year and the most recent December 31. Partial years also come into play during the first and last years of a lease, as well as years where the rentable area changes due to expansion, contraction, or relocation. Unless otherwise stated in the lease, partial years should be calculated by using the actual number of days before and/or after the change in pro rata share.

Estimated Payments
Many landlords bill tenants for their share of budgeted operating expenses throughout the year and then reconcile the budgeted expenses against actual amounts once the year is complete. The sum of the payments made by the tenant throughout the year is deducted from the tenant’s share of the actual expenses, since that amount was already paid to the landlord. Upon reconciliation, the tenant then becomes obligated to pay for (or receive a credit for) their share of the difference between the actual and estimated expenses.

Estimated payments made can be verified by reviewing internal accounts payable records. Any reconciliation amount paid or received for a prior year should be excluded from this amount, as it doesn’t apply to the current reconciliation year.

Putting It All Together
All the above components play into the calculation of a tenant’s share of a property’s operating expenses. The situation and calculation will look something like the following:

Summary: Tenant ABC leased 15,000 rentable square feet in a building with a rent commencement date of August 1, 2021. ABC’s pro rata share, which is stated in the lease, is 10% of the 150,000 square foot building. The lease also allows for an operating expense stop of $2.00 per rentable square foot and a cap on controllable expenses of 3% per year. Beginning on the rent commencement date, the tenant made payments of $2,500 toward the building’s operating expenses. If the property’s annual 2021 operating expenses are $500,000, what is the amount to be billed (or credited) to the tenant?

Additional process – calculate the cap on controllable expenses for 2022:

Understanding the calculation gives insight into how to verify its components and the math that is a part of expense reconciliation. While some errors are discovered by checking the calculation itself, other potential errors can be found when validating specific components, like dates and pro rata share, back to the lease. Further analysis of the controllable and uncontrollable portions of the operating expenses as well as what items are included in the operating expense figures can result in additional adjustments to the reconciliation billing. Sometimes this is a simple exercise, and sometimes it becomes complicated, depending on the landlord’s practices and whether they are willing to provide supporting data and information.

These are only a few of the many items that affect the calculation and reconciliation of operating expenses. Always look to the lease for guidance on how these points impact your unique lease situation. Scribcor professionals who specialize in desktop and full lease audit can offer cost avoidance strategies and support lease compliance. If your organization is looking to reduce real estate spend and recover overbilled amounts, please contact me at (630) 601-7233. 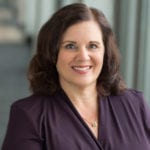 A seasoned veteran with over 25 years of industry-specific expertise, Denise is responsible for building and maintaining relationships with Scribcor’s existing and potential clients as well as serving on the executive leadership team. Denise is also responsible for creating and presenting a thought leadership series that provides insight and education on a variety of commercial real estate specific topics. Article edited and copy-edited by Katie Goldhagen.

We’re always happy to talk lease administration. If you’d like more information about our services, or have a question, or just need some helpful advice on how to get started, just send us a note and we’ll get right back to you. There’s never any pressure or obligation and your contact information is kept confidential.